The Intergovernmental Panel on Climate Change’s report on land use has resurfaced an uncomfortable reality. On top of everything it says about how we must fundamentally change our food system, cutting emissions alone is not enough to stave off disaster—we as a species have to suck CO2 out of the atmosphere to avoid catastrophic warming. 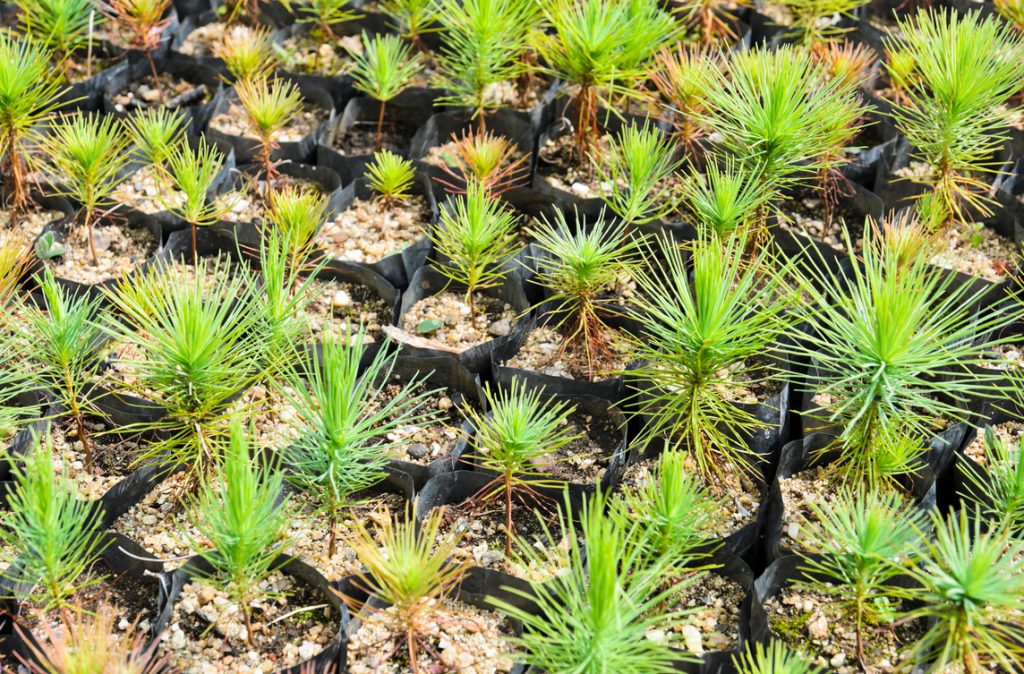 While the report more recommends bolstering natural systems like forests and peatlands, which have stored carbon without our help for hundreds of millions of years, researchers are working on more drastic solutions, such as giant machines that hoover up CO2. Some scientists argue we might even have to geoengineer the planet by brightening clouds or spraying aerosols in the stratosphere to bounce solar energy back into space. Whatever the method, it’s clear we have to both cut emissions and sequester more carbon if we want to meet the goals of the Paris Agreement and survive the mess we’ve made.

First off, the good news in all this. As part of the Paris Agreement, nations had to outline not just how much they would cut emissions but how much CO2 they would remove from the atmosphere with methods like reforestation. And they have to update these plans every five years, so a policy framework for carbon capture is already in place. “The other interesting legally binding part is that all future plans have to be better,” says Janos Pasztor, executive director of the Carnegie Climate Governance Initiative and former UN assistant secretary general for climate change. “There has to be increasing ambition—there cannot be a backsliding.”

Easy, right? Just plant vast tracts of trees, as Ethiopia claims it recently did, placing a dizzying 350 million trees in the ground in one day? Well, it’s not so easy as all that. “You cannot go blindly into nature-based solutions as if they were the best thing since apple pie and Coke, because they also have their challenges,” says Pasztor.

One issue with afforestation, or planting trees where previously there were none, is that it can leave less land for farming. If not done strategically, that might lead to a bump in food prices. Reforesting logged lands is great, but if you don’t work out how those trees are going to get water, or if you end up taking water away from agriculture, you’ll either have a wasted effort or a very unhappy populace. There are tradeoffs, and there are roadblocks. “And if they’re not addressed,” says Pasztor, “then we’re going to do the usual that humanity does, is that we solve one problem and we create three others.”

That applies to individual countries too—a geoengineering project in one nation could end up becoming a menace to the neighbors. Let’s say a country does something drastic, like unilaterally spraying aerosols in its airspace, which would bounce solar energy back into space and cool its climate. This is still a theoretical approach, known as solar geoengineering, and researchers are only beginning to explore how it would work, if it would work, and what the repercussions might be. “As a global community, we do not know nearly enough about the impacts of solar geoengineering to evaluate who would benefit, who would be harmed, and by how much,” says UC Berkeley agricultural economist Jonathan Proctor, who studies the potential effects of the technique.

Geoengineering’s unintended consequences could also end up hitting agriculture, even when on the surface you’d think the intervention might help. In a study published last year in the journal Nature, Proctor and his colleagues used the analog of previous volcanic eruptions, which pumped their own aerosols into the atmosphere, to show that while the lower temperatures in a geoengineered world would help crops cope, the solar shading would negatively affect them at the same time. And once you start geoengineering on a large scale, you can’t just stop. “Suddenly stopping solar geoengineering could cause the climate to change very rapidly, allowing ecosystems and economies less time to adapt to new conditions,” says Proctor. There’s also evidence this shock would kill off animal species in droves.