A pair of MIT engineers created a new way to efficiently remove carbon dioxide from the air. The system can be developed commercially at low cost and has a myriad of potential applications. 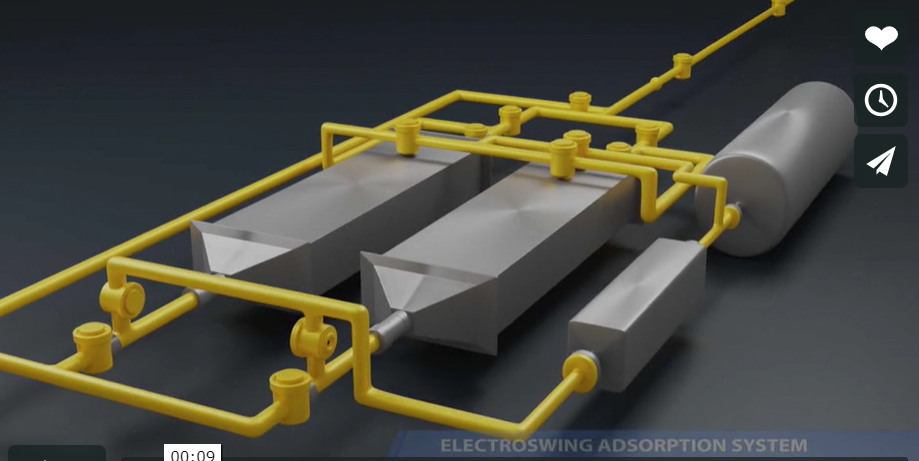 The paper outlining the recent research was published in Energy & Environmental Science and spearheaded by two engineers from the MIT Chemical Engineering department. The battery consists of thin sheets coated with stacks of electrodes (using the compound polyanthraquinone). These electrodes have a natural affinity for carbon dioxide when charging and absorb the gas even at the 400 ppm concentration currently in the atmosphere.

When the battery is discharged, the electrodes switch to having no affinity to carbon dioxide and release the 100% carbon dioxide gas. The entire reaction can take place at room temperature and pressure.

That gas can then be compressed and injected underground, called carbon capture and storage. A growing method for removing carbon dioxide from the atmosphere is to pressurize it and inject it into depleted geologic formations. These geologic formations are commonly depleted oil and gas fields where porous rock has the ability to absorb significant volumes. Alternatively, the gas could be used for industrial applications requiring carbon dioxide.

The researchers estimate that this technology could be developed to a commercial scale in rolls similar to industrial paper. Also, the end cost is estimated to be significantly lower than competing processes to remove carbon dioxide from the air.

“In my laboratories, we have been striving to develop new technologies to tackle a range of environmental issues that avoid the need for thermal energy sources, changes in system pressure, or addition of chemicals to complete the separation and release cycles,” says T. Alan Hatton from the research team.