Home values could fall significantly. Banks could stop lending to flood-prone communities. Towns could lose the tax money they need to build sea walls and other protections.

These are a few of the warnings published by the Federal Reserve Bank of San Francisco regarding the financial risks of climate change. The collection of 18 papers by outside experts amounts to one of the most specific and dire accountings of the dangers posed to businesses and communities in the United States — a threat so significant that the nation’s central bank seems increasingly compelled to address it. 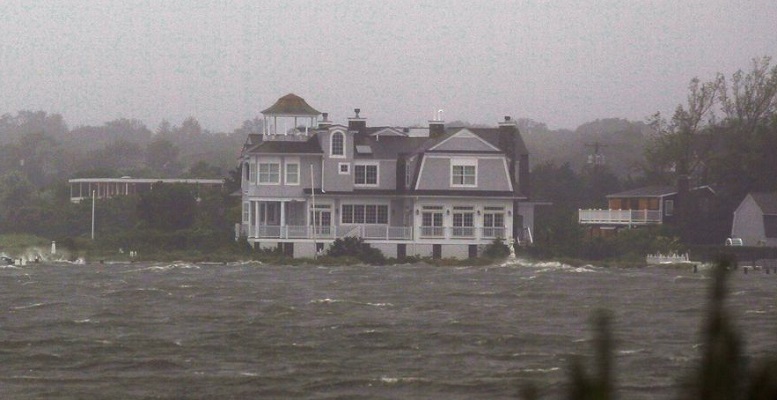 The Federal Reserve has been slow to talk about climate risks compared with central banks in other countries. That could be because the topic is more politically polarized in the United States than many other places, so talking about it exposes the Fed — which is meant to be politically independent — to accusations that it is straying into partisan territory. Already, the central bank is a frequent target of President Trump, who has criticized its interest-rate decisions for hindering economic growth.

Yet the Fed has recently started speaking up on global warming and the dangers it poses to the financial system.

In a letter to Senator Brian Schatz this year, Chair Jerome H. Powell wrote that the Fed takes “severe weather events” into account in its role as a financial supervisor. Meanwhile, the San Francisco branch of the Federal Reserve — responsible for banking oversight across a major swath of the American West — has been more blunt, writing that volatility related to climate change has become “increasingly relevant” as a consideration for the central bank.

The research, conducted by 38 academics and practitioners from around the country and published with the knowledge of the Fed’s board of governors, presents in precise language a dire picture of the risks of a changing climate, and warns that local governments don’t have the means to deal with them.

“The associated risks and effects of climate change are relevant considerations for the Federal Reserve,” Ian Galloway, director of the San Francisco Fed’s Center for Community Development Investments, said by email.

The new research calls on lenders and other businesses involved in community development “to take a leadership role in preparing vulnerable regions most at risk for a ‘new abnormal,’” Mr. Galloway wrote in a foreword to the papers, which appeared in the journal Community Development Innovation Review.

As the research makes clear, that new abnormal is already here.