Plymouth City Council declared a “climate emergency” and brought forward its deadline to become carbon neutral by 20 years — from 2050 to 2030. That means emergency plans will now be created to put back to the council within six months. Inevitably that will then be put to the government in a request for funding.

The motion was first put to the Labour-run council by its cabinet member for the environment Sue Dann — a councillor who attended the youth-led climate strikes that took place in Plymouth on Friday too. “These young people were passionate, well informed and were able to clearly state what they wanted us to do — make a difference, do something,” Dann reportedly said at the meeting. “Yes they were chanting, yes they were shouting, yes they were angry, because like us in this chamber they care.” 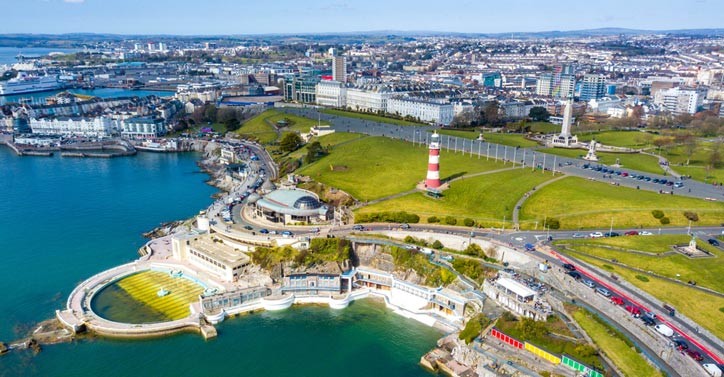 Fellow Labour councillor Pam Buchan backed the motion that won unanimous cross-party support — while Conservative councillor Nick Kelly agreed that it was a “matter of life or death.” “Our collective, global inaction against human-made climate change is driving societies to war,” Buchan said. “This is a climate emergency.”

Although renewable energy supplied a record 33.4% of British electricity last year, British national investment in green energy fell by 56% in 2017 — a drop worse than any other country on the planet. However, after the breakdown of several plans to build more nuclear power plants around the country, the government struck an offshore wind deal on March 7 to ensure renewables generated more electricity than fossil fuels for the first ever time by 2030 — making up 70% of all energy.

Global Citizen reported in February that the UK is already home to the world’s largest offshore wind farm. It will be five times the size of Hull once completed, based just off the Yorkshire coast, and will reportedly be able to generate enough electricity to power a million homes.

“Communities across our country are joining up to call for the action we desperately need. The momentum is inspiring.”