The city of New Orleans, which is already experiencing an increase in extreme rainfall events and rising seas due to climate change, is demanding that eleven oil, gas and pipeline companies pay for the damage they’ve done to its coastal wetlands. 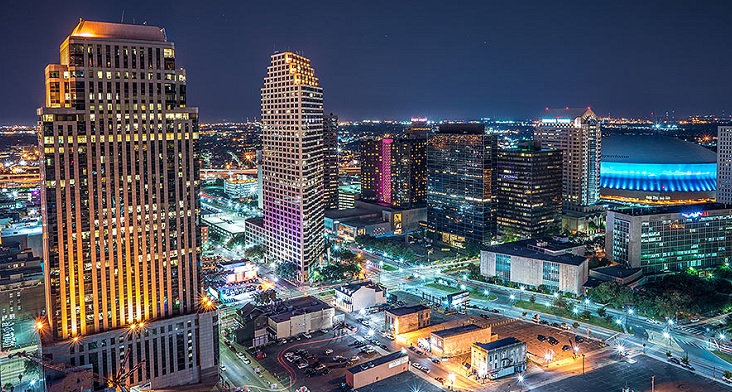 The city said wetland loss caused by the companies is endangering New Orleans infrastructure and residents. “The land that’s been lost was a protective barrier defending us from hurricanes and floods,” said New Orleans Mayor LaToya Cantrell.

Wetlands act as a barrier during hurricanes and tropical storms, reducing storm surge and protecting the city. On the edge of New Orleans, the East Orleans Land Bridge area near Lake Borgne has lost an estimated 5,470 acres of marsh since 1932, according to U.S. Geological Survey. More than 1000 additional acres have been lost in the nearby Alligator Bend area.

According to the National Climate Assessment, rising sea levels and an increase in extreme rainfall events in the country’s southeast region are already causing an increase in flooding, particularly in coastal cities like New Orleans.

Cantrell said if the current rate of wetland loss continues, the Gulf of Mexico will be at the edge of New Orleans within fifty years and the city will be left with no protective land barriers. “Given the challenges we face when it comes to our infrastructure, the additional strain of these damages demands action – getting our fair share means being made whole by the companies who have harmed us.”