In the next decade or so, more than 6,000 cities, states, and provinces around the world will try to do something that has eluded humanity for 25 years: reduce their emissions of greenhouse gases, which warm the atmosphere and cause climate change.

Read the entire article at The Atlantic.

So where will they start? Never mind how to reduce their city’s greenhouse-gas emissions; how will they know what’s spewing carbon dioxide in the first place? Maybe Google will do it for them. Or, at least, do it with them. 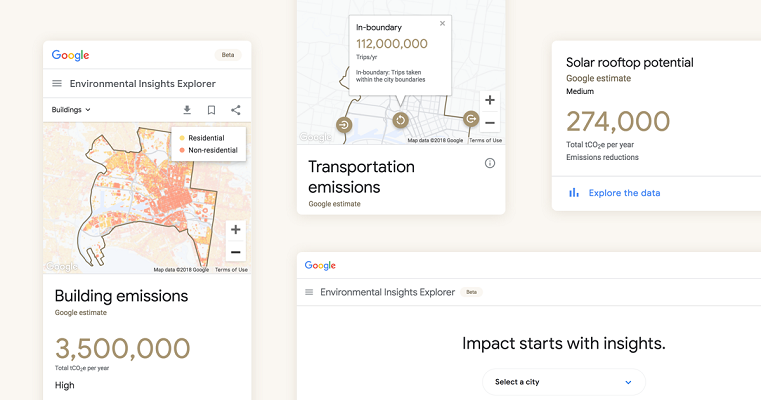 Google has started estimating greenhouse-gas emissions for individual cities, part of what it recently described as an ambitious new plan to deploy its hoard of geographic information on the side of climate-concerned local leaders.

“The first step toward taking climate action is creating an emissions inventory,” says Saleem Van Groenou, a program manager at Google Earth. “Understanding your current situation at the city scale, and understanding what you can do to it — that’s an information problem, and that’s a good place for Google.”

So far, the company has only released estimates for five cities, including Pittsburgh, Buenos Aires, and Mountain View, California. It plans to expand the program gradually to cover municipalities worldwide, but has declined to provide more specific plans. “What we envision is an open search bar for users to search for their own city in the future,” Van Groenou said.

As part of this initiative, Google says it will also release its proprietary estimates of a city’s annual driving, biking, and transit ridership, generated from information collected by its popular mapping apps, Google Maps and Waze. The company has never released this kind of aggregate transportation data to the public before, and it says it may share even more specific types of data with individual local governments.

Google has framed the new project, called the Environmental Insights Explorer, as a way for leaders to focus and improve local climate programs. “The bottom line is that this is not something that Google can do alone,” Van Groenou said. “This is a communal thing. This is something we have to come together to make any change on.”