Some cities are restoring nature and tapping the power of ecosystems to enhance and protect urban life. Cities such as Melbourne, Portland, Oslo, San Francisco and Singapore are embracing a far-reaching shift in their mental models about the city’s relationship to nature.

Read the entire article at NextCity.

In modern times, the city has been thought of as the dominant context in the natural environment; its physical, economic, and social needs were to be met by shaping the landscape near and far. Cities cleared and built upon the land, sweeping away natural habitats and species. They engineered control over waterways, consumed vast amounts of natural resources, and dumped enormous amounts of waste. Their inhabitants lost direct connection with the natural world and its processes. Urban areas did contain parks, garden areas, and tree-lined streets, but these mostly were limited “postage stamp” parcels in the larger urban scheme of things. 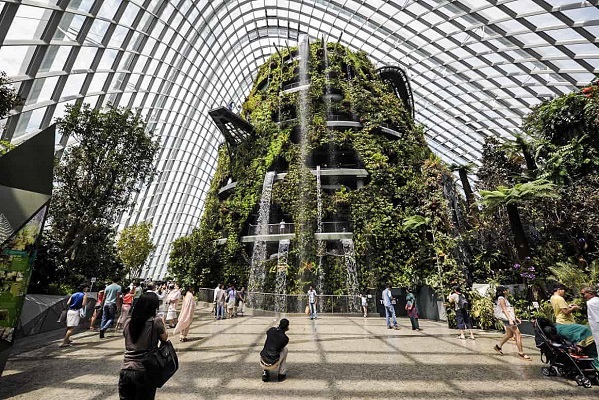 As urban denaturing proliferated in the 19th and 20th centuries, conservation and environmental movements arose to protect and preserve natural spaces — outside of cities. “You enjoyed nature by leaving the city and going to visit someplace: Yosemite, Yellowstone,” reflects Timothy Beatley, a professor of sustainable communities and prominent advocate of green urbanism. Today, nearly 15 percent of all land on the planet is under some type of protected status. Other efforts added public parks within the city to provide residents with relief from urban stresses and improve public health. Some urban designers promoted the development of “garden cities,” smaller communities that contained green space and were surrounded by green belts. However, as Beatley notes, “most visions of a modernist city seemed not to include nature.”

The emerging idea inverts the modern-city hierarchy, restoring nature, instead of the city, as the dominant context. “We’re discovering,” Beatley says, “that a modern city should understand itself as a city in nature.” Melbourne, whose residents have cherished the forest within their city, now talks instead about being a city within a forest. Singapore, a dense city-nation of more than five million people, once envisioned itself as a city with gardens but now sees itself as a city within a garden. The city remains the shaper of its built environment, but it shapes with an altered perspective.

When cities live and work with nature, instead of against her, they may lose the comforting sense of control that built solutions seem to offer. Depending on green infrastructure to suck up a certain amount of water or cool the air a certain number of degrees or on wetlands to protect property from a certain level of ocean surge may seem riskier than installing concrete sewers and barriers. But as the practice of renaturing urban space advances, its performance is becoming more reliable and predictable and, as we’ve seen, it offers important additional benefits that cities need.