“Climate change should be the number one priority for any politician,” says best-selling author. Pundits and fans alike have long argued that Martin’s fantasy epic is a climate change metaphor or parable since a major theme is that the climate is about to change for the worse in a way that endangers everyone.

But Martin has rarely talked about the metaphor. In a 2013 Al Jazeera America interview, Martin did explain that a recurring theme in world history is “people being so consumed by their petty struggles for power … they’re blind to the much greater and more dangerous threats.” He added briefly that “climate change … is something that can wipe out the human race. So, I wanted to do an analogue with the work, not specifically to the modern-day thing but as a general thing”. 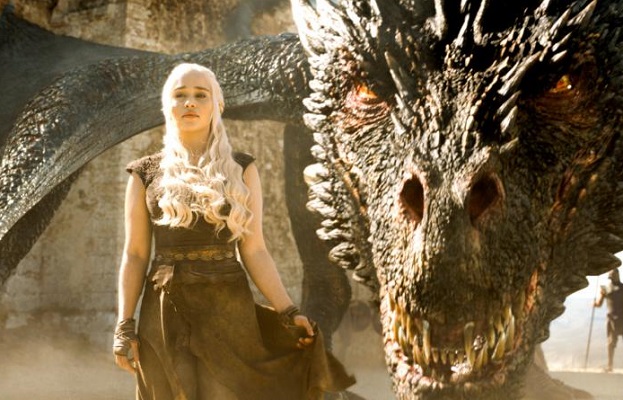 In a Q&A with New York Times reporters published on Oct. 16, Martin offers his longest answer to date on the subject of whether he agrees with those who say “Game of Thrones” is “a perfect metaphor for understanding climate change.” He then adds that the “parallel” is that his characters “are fighting their individual battles over power and status and wealth. And those are so distracting [for] them that they’re ignoring the threat of ‘winter is coming,’ which has the potential to destroy all of them and to destroy their world.”

Martin expands on this point:

“And there is a great parallel there to, I think, what I see this planet doing here, where we’re fighting our own battles. We’re fighting over issues, important issues, mind you — foreign policy, domestic policy, civil rights, social responsibility, social justice. All of these things are important. But while we’re tearing ourselves apart over this and expending so much energy, there exists this threat of climate change, which, to my mind, is conclusively proved by most of the data and 99.9 percent of the scientific community. And it really has the potential to destroy our world.”

Yes, he says, we should worry about all of these different social and political issues. “But none of them are important if, like, we’re dead and our cities are under the ocean. So really, climate change should be the number one priority for any politician who is capable of looking past the next election. But unfortunately, there are only a handful of those.”