Cities and the natural world seem to be at opposite ends of a spectrum, at least according to the dominant thinking of city dwellers: Keep the wolves out and the Thai takeout close. Country folks, on the other hand, readily extol the virtues of clean air, water, greenery and birdsong.

But what if cities were fundamentally indistinguishable from the wildland next door? What if buildings were made of carbon-sequestering concrete and released air three times cleaner? What if streets were made of permeable asphalt and birds nested in plants growing up the sides of skyscrapers? 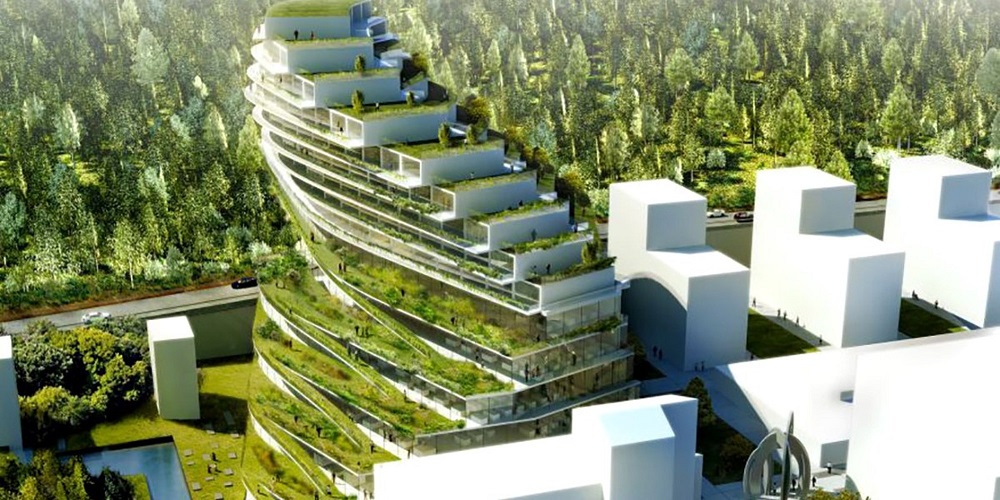 Arizona State University brought together sustainability scientists, urban designers, architects, ecologists, software developers, and government and business decision-makers to consider how cities can take inspiration from the natural world and produce the same benefits nature does.

Our current building stock already consumes 40 percent of all global energy used, and those buildings are responsible for nearly one-third of the world’s greenhouse gas emissions.

“Can you be in dense groups and not destroy the ecosystem?” asked keynote speaker Janine Benyus, adjunct faculty in the School of Sustainability and biomimicry advocate. Images of cities draped in greenery and shining with water features flashed across the screen behind her.

“We’re part of the natural world, so our part has to function too,” Benyus said. By function she meant filter and store water, sequester carbon, pollinate, cool, and shelter wildlife, among other tasks. Using “nature as measure and model,” humans can become producers of ecosystem services, Benyus said.

It’s going to mean a change in urban design and architecture — and a change in worldview, she said. “How many ecological functions can we get per square foot?”