Seeing is often believing when it comes to addressing the impacts of climate change. As the effects of global warming become more noticeable, scientists tell us, public opinion has been shifting toward the importance of addressing climate change. While graphs and statistics make for good discussions, it’s often the “eyeball impact” that drives home the point that the earth’s atmosphere is being altered by the amount of carbon emissions we release.

A crowdfunding platform recently used advanced technology to bring a global issue into perspective with its newest campaign: “Carbon Can’t Hide”. The goal is to help people see the invisible CO2 discharges we are releasing into the atmosphere daily, and its relationship to the environmental problems the world is experiencing. 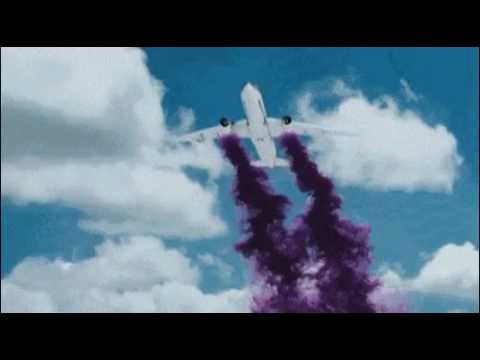 Their tool is a uniquely-named device that has been around for years and now plays a key role in a variety of business inspection services. The Forward-Looking Infrared camera, or FLIR for short, was first used by the U.S. military to follow infrared heat signatures. Today it fills a niche in a wide variety of industrial specialties ranging from breast cancer detection to pharmaceutical production and monitoring systems for bird flu.

In recent years scientists have realized it has another compelling use. Fitted with a special filter, it can help us see carbon emissions which are invisible to the naked eye.

“What the camera ‘sees’ when it shows a CO2 emission, is actually a drop in temperature of whatever is in the background where the gas is present,” explained John Cabrer, senior systems design engineer for MoviTherm, a company that specializes in advanced thermography solutions for businesses. Most of the time we can’t see the discharge that occurs from a jet plane’s engine as it’s taking off or landing. But the FLIR camera’s technology can isolate those emissions and make them visible.

“On a very simple level, we’ve used what’s called a band pass filter to highlight the presence of the CO2 within these existing heat signatures,” said Cabrer, who pointed out that the CO2 is actually mingling with the heat source, and that allows us to see the CO2. “As a result, images will appear [on film as] brighter and darker in otherwise homogeneous areas when CO2 is present in various concentrations.”