There’s a technology that can put the world on track to beat climate change. But it remains on the fringe because it’s thought to be expensive and risky. In February, a bipartisan group of US senators celebrated when Donald Trump was forced to provide support to develop the technology and make it cheaper, as part of the big spending bill he needed to continue to fund his government.

The support came in the form of an extension to tax credits (called “45Q”) for companies that invest in carbon capture technology, which involves installing scrubbing devices at power plants or chemical industries that burn fossil fuels. The scrubbers selectively remove carbon dioxide from the plant emissions, which can then be compressed and stored underground safely — in effect making the factory or power plant carbon-neutral. The tax credits should incentivize the technology’s use, just as similar tax credits for solar and wind power development did for them over the past couple of decades. 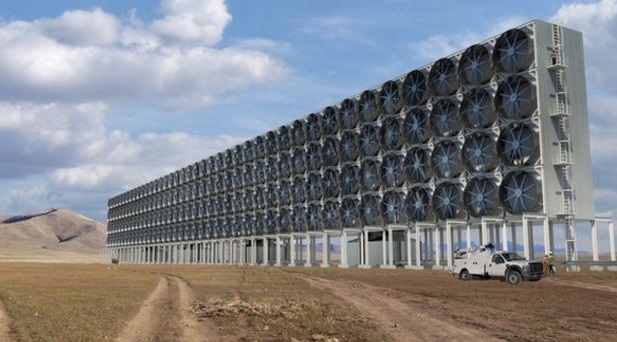 Tax credits, though, are a blunt tool to force the development of a new technology. Provide too few — as was the case with 45Q before being extended — and you won’t get what you want. Provide too many and companies find loopholes to use the tax credits without actually investing in innovation. Hit the sweet spot, and they can work, especially if any other barriers to innovation are removed. That’s why the same group of senators is now back with a new bill called the USE IT act, which stands for Utilizing Significant Emissions with Innovative Technology. They want to ensure that the benefits of 45Q can be fully realized.

Here’s what it proposes creating:

The support it adds for direct air capture is perhaps just as essential, because that’s a technology nearly every climate model says we’ll need to scale up in the next few decades to avoid cataclysmic climate change. Direct air capture, when powered by carbon-neutral sources, is a negative-emissions machine. And the longer we take to cut global emissions, the greater our need for a negative-emissions technology will be.