Paris will offer its residents tax incentives to give up their cars or buy electric bikes. Anyone who purchases an e-bike or upgrades a conventional bike with an electrical assist will receive up to €400 ($495) and those who purchase both electric and conventional cargo bikes will receive up to €600 ($744). The city will also offer €600 for residents who get rid of their personal cars, and a €50 credit to any license-holding resident hoping to join the city’s bike-share program.

Read the entire article at SmartCities.

Despite its heavy traffic, Paris is generally regarded as a bike-friendly city, and this latest initiative by Hidalgo’s government enhances a similar February 2017 offering of e-bike incentives. Similar schemes have also been rolled out around Europe, particularly in Sweden and in Norway’s capital of Oslo. 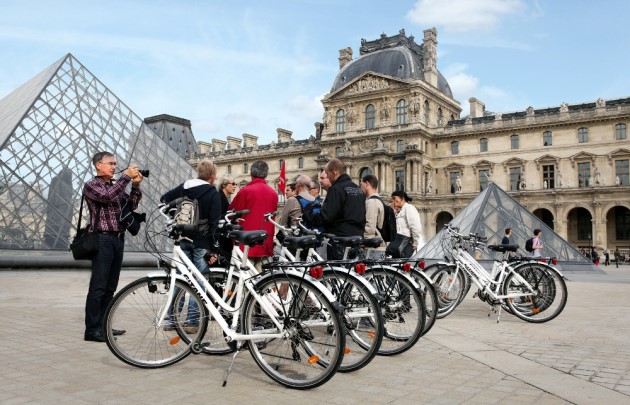 Would similar schemes work in the United States to encourage more city dwellers to ditch their cars for two-wheeled machines instead? At the national level, an effort to reimburse commuter cyclists $20 a month was nixed in tax cut legislation signed by President Trump last year. But with cities looking beyond the federal government for help in combating climate change, perhaps some may see it as worthwhile. In fact, 15 mobility companies recently joined to pledge aligned mobility priorities, many of which encourage the use of bikes and shared mobility over personal vehicles in order to help cities transition toward a zero-emissions future.

The question for such subsidies in the U.S. would be cost, as local taxes levied by cities are needed in a wide range of areas. But as cities continue to roll out bike-sharing platforms, more biking infrastructure and smart and electric bikes, perhaps subsidies could be used to encourage even more folks to leave their cars behind.