Much attention has been paid in recent years to achieving a global agreement on climate change — a feat that eluded governments for over two decades until the 2015 Paris Agreement. Once achieved, many hailed the agreement as a significant success for multilateral diplomacy. Still others pointed to its shortcomings — notably, that countries’ emissions reductions pledges did not “add up” to enough to stave off the worst impacts of climate change.

In a new report, “Undiplomatic Action: A practical guide to the new politics and geopolitics of climate change,” David Victor and Bruce Jones write: “Without confidence in new technologies and the policy and investment support that follows from that confidence, even the most advanced and elaborated global diplomatic agreements can only produce an ever-wider chasm between stated goals and realistically achievable outcomes.” 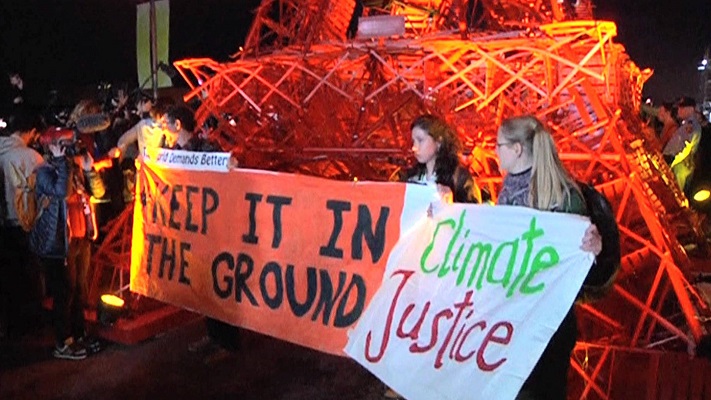 They contend that “real world” actions on the ground, not global goals, will drive energy transitions at the local level and in the private sector. In the paper, they outline four key factors they believe matter even more than the global agreement:

They assert that important transitions are occurring not only at the national level, but also (as recently evidenced in the United States) the actions of states, cities, universities, and private firms are advancing energy transitions. “Achievement of the Paris goals,” they summarize, “was always going to require much deeper changes than diplomacy alone could deliver.”

The up-front costs and short-term political risks of tackling climate change often outweigh benefits that may only be seen over longer time horizons. Businesses and governments should hone in on short-lived climate pollutants, such as methane and soot, which have associated health impacts, and on which near-term successes can be seen.

The Paris Agreement achieved in setting countries’ aspirational emissions reductions targets. However, not only are these targets insufficient to meet the overall objective of limiting warming below 2 degrees Celsius, but many countries are not on track to meet their goals. To achieve the significant emissions reductions scientists say are needed by mid-century, means investing in technological innovation, including in sequestration, advancing renewables, and in the shift toward electrification, particularly of the transport sector.

In comparing the Paris Agreement to other major international agreements in other domains, such as arms control or trade, the authors note that in other realms countries have placed greater emphasis on legal stringency and ensuring compliance. To make progress, they highlight that demonstrations of early success are needed, alongside an increasing focus on the monitoring and reporting of emissions reductions.

In sum, Victor and Jones conclude that what “matters most” is not furthering the goalposts of multilateral diplomacy, but rather, “underlying facts on the ground.” They note: “Shifting the focus to niches, to innovation, to small groups that can drive action… all of this is part of creating the conditions under which it is realistic to shift policy, both national and global, through which deep transformation of energy systems will occur.”