U.S. District Judge William Alsup scheduled a climate science tutorial, a five-hour hearing during which lawyers for both the plaintiffs and the defendants will present information on the current state of climate science. Alsup also presented eight questions he wants both sides to answer on March 21, including the mechanisms that trap carbon dioxide in the atmosphere and the sources of that CO2.

“His questions are fairly idiosyncratic, but in general I think this shows an interest in wanting to understand the scientific information underlying these lawsuits, and a tutorial is a good way to do it because then it becomes a public education tool as well,” said Peter Frumhoff, director of science and policy and chief climate scientist at the Union of Concerned Scientists. 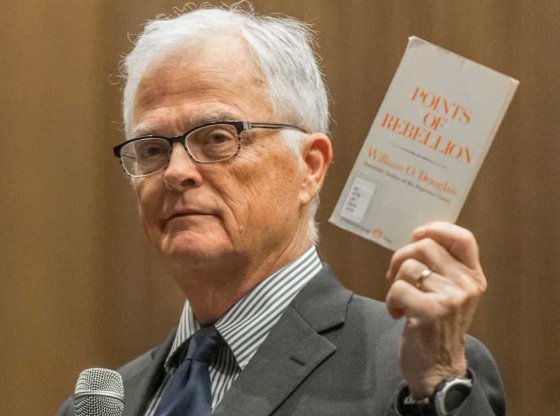 Alsup, 72, has a history of digging into the details on cases he’s adjudicating. He learned to code in Java for a case between Google and Oracle and ordered a tutorial on self-driving cars for a recent case between Waymo and Uber.

Frumhoff said he doesn’t expect attorneys for the fossil fuel companies to take an adversarial approach. Several fossil fuel companies, most notably Exxon, currently embroiled in multiple climate lawsuits, have recently made clear statements about the risks posed by climate change and the need to address those risks.

Gavin Schmidt, a climate modeller at the NASA Goddard Institute for Space Studies and Earth Institute at Columbia University, has been crowd-sourcing answers to Alsup’s questions from the climate science community, and said he also can’t imagine the defendants’ attorneys attempting to refute the climate science presented. “There are of course nonsense statements that have been made concerning each of the questions… how many times have we heard that CO2 can’t be a problem because we exhale it? But I doubt that full-on denialism is what the defendants will go for,” he said.

Alsup’s hearing will be video-taped, so whether the legal teams get into a science debate, or not, their presentations will be widely debated online.