The tide is finally turning, thanks to innovations ranging from cheap renewables to lab-grown meat and electric airplanes.

It is becoming increasingly clear that it does not need to be all bad news: a series of fast-moving global megatrends, spurred by trillion-dollar investments, indicates that humanity might be able to avert the worst impacts of global warming. From trends already at full steam, including renewable energy, to those just now hitting the big time, such as mass-market electric cars, to those just emerging, such as plant-based alternatives to meat, these trends show that greenhouse gas emissions can be halted. 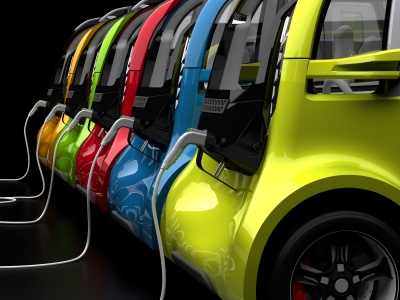 No one is saying the battle to avert catastrophic climate change – floods, droughts, famine, mass migrations – has been won. But these megatrends show the battle has not yet been lost, and that the tide is turning in the right direction.

Carbon dioxide from burning fossil fuels is the main greenhouse gas, but methane and nitrous oxide are more potent and, unlike CO2, still rising. The major source is livestock farming, in particular belching cattle and their manure.

The world’s appetite for meat and dairy foods is rising as people’s incomes rise, but the simple arithmetic is that unless this is radically curbed, there is no way to beat global warming. The task looks daunting – people hate being told what to eat. However, just in the last year, a potential solution has burst on to the market: plant-based meat, which has a tiny environmental footprint. What sounds like an oxymoron – food that looks and tastes just as good as meat or dairy products but is made from plants – has attracted heavy investment.

The most advanced of the megatrends is the renewable energy revolution. Production costs for solar panels and wind turbines have plunged, by 90% in the past decade for solar, for example, and are continuing to fall. As a result, in many parts of the world they are already the cheapest electricity available and installation is soaring: two-thirds of all new power in 2016 was renewable.

This extraordinary growth has confounded expectations: the respected International Energy Agency’s annual projections have anticipated linear growth for solar power every year for the past decade. In reality, growth has been exponential. China is leading the surge but the impact is being felt around the world: in Germany last week there was so much wind power that customers got free electricity.

The flipside of the renewables boom is the death spiral of coal, the filthiest of fossil fuels. Production now appears to have peaked in 2013. The speed of its demise has stunned analysts. In 2013, the IEA expected coal-burning to grow by 40% by 2040 – today it anticipates just 1%.

Slashing oil use – a third of all global energy – is a huge challenge but a surging market for battery-powered cars is starting to bite, driven in significant part by fast-growing concerns about urban air pollution.

China, again, is leading the way. It is selling as many electric cars every month as Europe and the US combined, with many from home-grown companies such as BYD. US-based Tesla is rolling out its more affordable Model 3 and in recent months virtually all major car makers have committed to an electric future, with Volvo and Jaguar Land Rover announcing that they will end production of pure fossil-fueled cars within three years.

Batteries are key to electric cars and, by storing energy for when the sun goes down or the wind stops blowing, they are also vital when it comes to enabling renewable energy to reach its full potential. Here too, a megatrend is crushing prices for lithium-ion batteries, which are down 75% over the past six years. The International Renewable Energy Agency expects further falls of 50-66% by 2030 and a massive increase in battery storage, linked to increasingly smart and efficient digital power grids. In the UK alone, government advisers say a smart grid could save bill-payers £8bn a year by 2030, as well as slashing carbon emissions.

Just as important as the greening of energy is reducing demand by boosting energy efficiency. It’s a no-brainer in climate policy, but it can be very tricky to make happen, as it requires action from millions of people.

Nonetheless, good progress is being made in places such as the EU, where efficiency in homes, transport and industry has improved by about 20% since 2000. Improving the efficiency of gadgets and appliances through better standards is surprisingly important: a new UN Environment Programme report shows it makes the biggest impact of any single action bar rolling out wind and solar power.

The destruction of forests around the world for ranching and farming, as well as for timber, causes about 10% of greenhouse gas emissions. This is the biggest megatrend not yet pointing in the right direction: annual tree losses have roughly doubled since 2000.

This is particularly worrying as stopping deforestation and planting new trees is, in theory at least, among the cheapest and fastest ways of cutting carbon emissions. But it is not getting the support it needs, says Michael Wolosin at Forest Climate Analytics. “Climate policy is massively underfunding forests – they receive only about 2% of global climate finance.” Furthermore, the $2.3bn committed to forests by rich nations and multilateral institutions since 2010 is tiny compared with the funding for the sectors that drive deforestation.

Will these megatrends move fast enough to avoid the worst of climate change? Opinions vary and Anderson is among the most hawkish. He says it remains possible for now, but is pessimistic that the action will be taken. “We’re pointing in the right direction but not moving [there]. We have to not just pursue renewables and electric vehicles and so forth, we have to actively close down the incumbent fossil fuel industry.”