Read the entire article at Time.

National and global transportation systems, and the economic activity they support, have been optimized for the climate in which it all developed: Machines are designed to operate in common temperature ranges, logistical plans depend on historical weather patterns, and coastal land development is based on known flood zones. In the aviation sector, airports and aircraft are designed for the weather conditions experienced historically. Because the climate is changing, even fundamental infrastructure elements like airports and key economic sectors like air transportation need to be redesigned and reengineered. 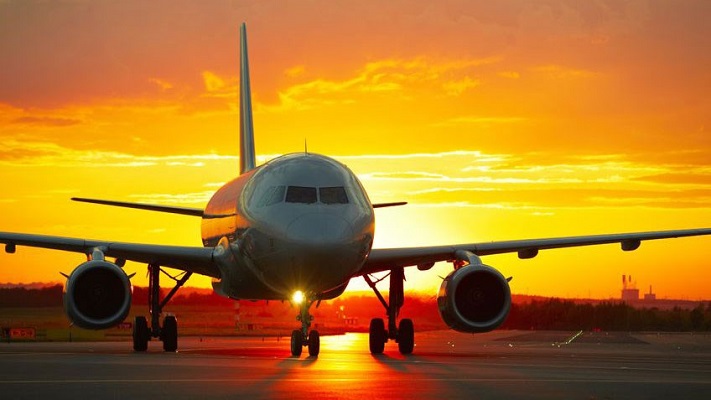 As scientists focused on the impacts of climate change and extreme weather on human society and natural ecosystems around the world, our research has quantified how extreme heat associated with our warming climate may affect flights around the world. We’ve found that major airports from New York to Dubai to Bangkok will see more frequent takeoff weight restrictions in the coming decades due to increasingly common hot temperatures.

Many airports are built near sea level, putting them at risk of more frequent flooding as oceans rise. The frequency and intensity of air turbulence may increase in some regions due to strengthening high-altitude winds. Stronger winds would force airlines and pilots to modify flight lengths and routings, potentially increasing fuel consumption. High air temperatures affect the physics of how aircraft fly, meaning aircraft takeoff performance can be impaired on hot days. The amount of lift that an airplane wing generates is affected by the density of the air. Air density in turn depends mostly on air temperature and elevation; higher temperatures and higher elevations both reduce density.

The lower the air density, the faster an airplane must travel to produce enough lift to take off. It takes more runway to reach a higher speed, and depending on how long the airport’s runway is, some airplanes might risk running out of room before reaching sufficient speed. When this occurs, the only immediate option is to reduce the aircraft’s weight to lower its required takeoff speed – by removing passengers, luggage and cargo. This is referred to as a weight restriction.

Carrying just a fraction of a percent fewer passengers or less cargo can add up to millions of dollars in lost revenue for an airline over years of operation. That makes even small weight restrictions a concern in such a highly competitive and optimized industry. Another potential solution is to build longer runways. But that’s not always possible: Some airports, like New York’s LaGuardia, are on coastlines or in dense urban environments. Even where a longer runway is technically possible, buying the land and expanding an airport’s physical area is expensive and politically difficult.

Why Coastal Insurance Costs are Rising