Read the full article at EcoWatch.

A diverse group of farmers, food companies, scientists, non-profit and advocacy groups from more than 100 countries have joined together to support a definition for “regenerative agriculture,” as a way to rebuild soils, produce nutritious food and address the growing threat of climate change. 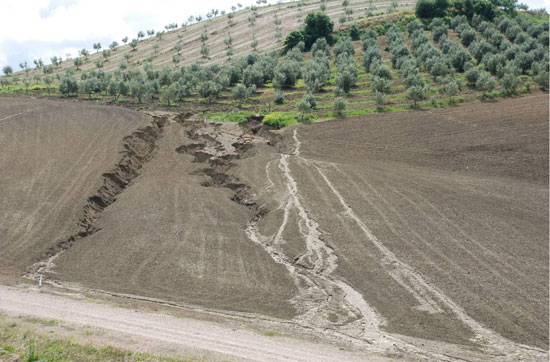 Regenerative agriculture aims to rebuild the planet’s topsoil, which has seen massive losses due to poor soil management, chemical intensive agriculture and erosion. A report by the Food and Agriculture Organization of the United Nations says that, with the current rate of soil degradation, all of the world’s topsoil could be gone in 60 years—and with it farming.

“Forget climate change for a moment, do you believe in food? We need to regenerate the fertile field from which food is grown. Regenerative agriculture creates new topsoil, reversing the last century’s trend of destroying it,” said Tom Newmark, co-founder of The Carbon Underground, who is also an organizer of the initiative.

According to LaSalle, the word “regenerative” was chosen because “sustainable” has been rendered meaningless. “It’s became watered down and was adopted by Monsanto,” he said. Also, being “sustainable” is not enough to mitigate threats posed by climate change and soil loss.

“‘Sustainability doesn’t have meaning because we overshot the Earth’s capacity at the rate we are pulling resources out and polluting,” LaSalle said. “The climate is still going to heat, and we’re still going to lose soil. What’s sustainable?” Creating a definition for “regenerative” also makes it more difficult for the term to be co-opted. “I wanted to put a stake in the ground with the definition,” LaSalle said.

Some of the companies that signed on to the definition include General Mills’ subsidiaries Annie’s Homegrown and Cascadian Farms, Ben & Jerry’s, Dr. Bronner’s, Organic India and Nutiva, among others. Non-profits include Organic Consumers Association, International Federation of Organic Farming Movements, Rodale Institute and others.

“Reducing emissions alone cannot solve climate change. We must draw down hundreds of billions of tons (of carbon) to succeed, and restoring our soil is the only known path to do this,” said International Federation of Organic Farming Movements President Andre Leu.