Read the entire editorial at the New York Times. 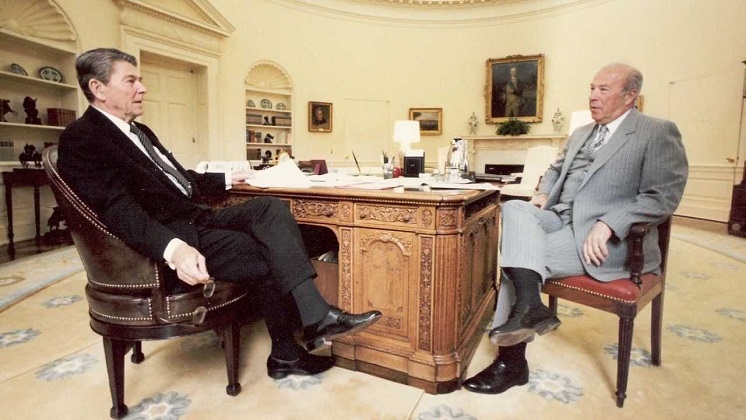 In a recent barrage of public letters and full-page ads, Fortune 100 companies are voicing strong support for remaining in the Paris accord. The breadth of this coalition is remarkable: industries from oil and gas to retail, mining, utilities, agriculture, chemicals, information and automotive. This is as close as big business gets to a consensus position.

Our companies are best served by a stable and predictable international framework that commits all nations to climate-change mitigation. The Paris agreement overcame one of the longest-standing hurdles to international climate negotiations: getting the developing world, including China and India, on board. If America backs away now, decades of diplomatic progress could be jeopardized.

Global statecraft relies on trust, reputation and credibility, which can be all too easily squandered. The United States is far better off maintaining a seat at the head of the table rather than standing outside. If America fails to honor a global agreement that it helped forge, the repercussions will undercut our diplomatic priorities across the globe, not to mention the country’s global standing and the market access of our firms.

Staying in Paris in no way binds the president to Obama-era climate regulations. Indeed, the only risk Mr. Trump faces from altering or weakening domestic climate policy under Paris is in the court of public opinion, not in federal courts. Seventy-one percent of Americans favor remaining in the Paris agreement, according to a survey by the Chicago Council on Global Affairs, and an even larger number favor clean energy.

What’s more, there’s nothing in the Paris agreement to prevent the administration from adopting more cost-effective, market-based and business-friendly climate policies. For all their good intent, the Obama administration’s climate regulations — most prominently the Clean Power Plan to reduce carbon dioxide emissions from power plants — saddle industry with cumbersome requirements, inhibit business investment and have proved highly divisive. President Trump’s recent executive order to withdraw or rewrite these regulations is but the beginning of a multiyear legal battle that leaves American industry facing significant regulatory and pricing uncertainty, the worst of all worlds.

The only quick and sure path to undo these regulations is through legislation. This offers the president a potent negotiating strategy: Propose a meaningful price on carbon in exchange for a rollback of Obama-era climate rules. This could pave the way for a bipartisan climate solution, and a major victory for Mr. Trump. For example, a revenue-neutral carbon tax starting at $40 per ton would meet the high end of America’s commitment under Paris, justifying the elimination of all previous carbon regulations, as we and our co-authors argued in a recent study, “The Conservative Case for Carbon Dividends.”