Pope Francis, long known for his commitment to environmental stewardship, has taken his call for climate action one step further. He now owns an electric car, a Nissan LEAF. 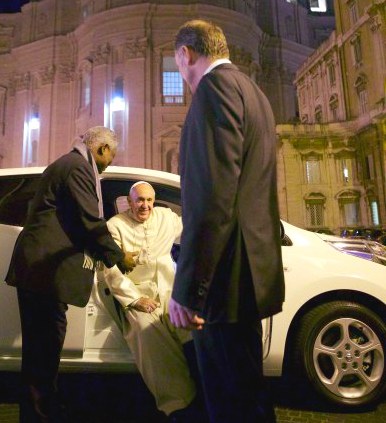 The LEAF was given to the Pope in late February by German asset manager and mathematician Jochen Wermuth. The Pope’s Nissan LEAF can travel up to 107 miles with a 30 kilowatt-hour battery. Wermuth tried to give the Pope a Tesla Model S electric limousine but the Pope preferred a smaller vehicle.

“Humanity is called to recognize the need for changes of lifestyle, production and consumption, in order to combat this warming or at least the human causes which produce or aggravate it,” the Pope said in his encyclical.

See the full article at EcoWatch.