Bionic leaves, a hot solar cell, and other picks for the most notable renewable energy strides in 2016. 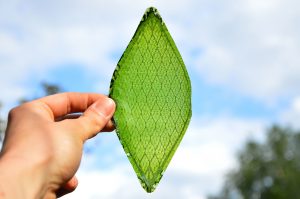 Clean energy made critical strides in 2016. The Paris Climate accords went into effect, the price of solar installations continued to drop, investments in renewable energy soared, offshore wind finally got under way in the United States, and scientists made a series of technical advances that promise to make sustainable energy increasingly efficient and affordable.

That last one is key, since invention is still the surest way to avoid the greatest impacts of climate change.  Today’s commercially available renewable technologies can’t meet all of the world’s energy demands, even if they’re scaled up aggressively. The United States comes up about 20 percent short by 2050, according to a thorough analysis by the National Renewable Energy Laboratory. Meanwhile, the U.N.’s Intergovernmental Panel on Climate Change concluded the world must cut greenhouse gas emissions by as much as 70 percent by mid-century, and to nearly zero by 2100, to have any chance of avoiding warming levels that could ensure sinking cities, mass extinctions, and widespread droughts.