Read the full article on SaveOnEnergy 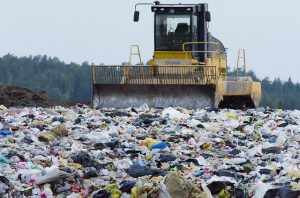 “America, land of the … landfills? That’s what we’ve turned into since 1937, when the first sanitary landfill opened in Fresno, California. Today, there are nearly 2,000 active landfills across the country and hundreds more are at capacity, a stark reminder of just how massive our waste problem has become. This visualization from SaveOnEnergy shows how quickly landfills have boomed across the country, particularly in the past 30 years. One thing we have to remember when looking at this is that trash, and landfills, are a human invention. Waste does not exist in nature, in any form. Everything that is produced in a healthy ecosystem is consumed or decomposed by another organism, or the sun. That is because, in a natural system, everything has value to something.

For most of human history, we also lived in this system, with our waste being part of this natural cycle. It was only with the advent of industrialization — when we began to produce goods that did not easily biodegrade — that waste, in its modern form, emerged. Instead of figuring out how to reuse these byproducts, we went with the cheaper option: landfills. Even then, for much of the era after the industrial revolution, waste was relatively manageable. What changed this were two things – the invention of plastic, a material that does not biodegrade and is incredibly cheap to produce (when its environmental impacts are, of course, not factored in). Soon, cheap plastic made its way into homes as the era of “throw-it-away” began after World War II. Disposable cups, throw-away plastic TV dinner trays, and masses of styrofoam fast-food containers that quickly spread not only across America, but also the globe. Today, it is packaging from e-commerce that is clogging up our waste stream.”

Read the full article on SaveOnEnergy