Read the full article on https://hbr.org 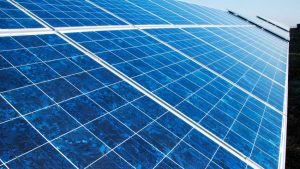 “The global economy is in a massive transition from a fossil-fuel-based energy system to one using sophisticated renewable energy technologies. For tens of thousands of fossil fuel workers, though, the energy industry outlook is not promising. For coal industry workers, the future looks particularly bleak. However, research I conducted with Edward Louie of Oregon State University offers hope for a better future based on retraining workers. Our study (published in the journal Energy Economics) quantified the costs and benefits of retraining coal workers for employment in the rapidly expanding solar photovoltaic industry—and it explores different ways to pay for this retraining.

First, some background on the coal industry: Profitability for U.S. coal-fired power plants has been declining and coal use has dropped radically since 2007—a trend that is expected to continue. This reduced profitably has driven a steep cut in coal plants. The U.S. Energy Information Administration notes that between 2010 and 2012, 14 gigawatts (GW) of coal-fired capacity was retired and that a total of 60 GW will be retired by 2020. What these dry government numbers leave out is the effect on coal workers and their families as coal mines close and one major coal company after another files for bankruptcy. Even the world’s largest private-sector coal company, Peabody Energy, declared bankruptcy this past April. And as coal investors have fled in droves to invest in more profitable companies and industries, coal workers have been left with pink slips and mortgages on houses with few buyers in blighted coal country. It is clear that coal is no longer a competitive form of electrical generation.”

Read the full article on https://hbr.org