Read the full article on http://www.thelatestnews.com/ 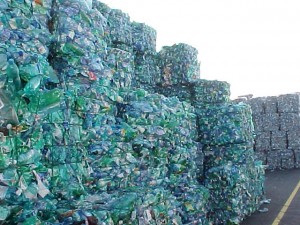 Eugene Chen, a chemist at the Colorado State University, experimented on the monomer Gamma-butyrolactone to produce a biopolymer that can be fully recycled back to its original monomer state for re-use.

The statistics show that on average more than 200 pounds of synthetic polymers (most of these not biorenewable/biodegradable) are utilised per person each year and plastics are taking the number one spot in years production and waste.

Each year, around 10-20 million tons of plastic finds its way in to the Earth’s oceans, in total an estimated 5.25 trillion plastic fragments, weighing 268,940 tons. This plastic remains results in an estimated loss of $13 billion each year from damage that is done to the oceans ecosystem.

Read the full article on http://www.thelatestnews.com/