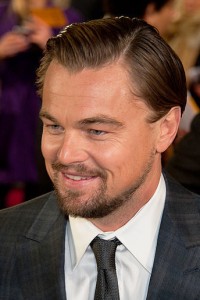 “Our world leaders are here in Paris in an effort to finalize a global agreement 20 years in the making, to finally address the very real threat that climate change poses to our planet,” DiCaprio said to the mayors. “These leaders have met before. They met in Kyoto, they met in Copenhagen, and in cities on every continent, but each and every time, they have come up short. This time must be different, because we are fundamentally running out of time.”