The Road Not Taken

I ran across a music video on YouTube last night. It was produced in 1987 by an Australian band named Midnight Oil. The song (you may remember it) is “Beds Are Burning”. It resonated with me because of the recent fires in Australia. It seems eerily prescient now.

“How do we sleep while our beds are burning? The time has come, a fact’s a fact. It belongs to them (referring to aborigines). We’ve got to give it back.”

It tells a story of a road not taken. What if, instead of imposing our western culture on indigenous peoples all over the world, we adopted their cultures? We would not be in the mess we are in today. (The link to the video is at the bottom of this post.) 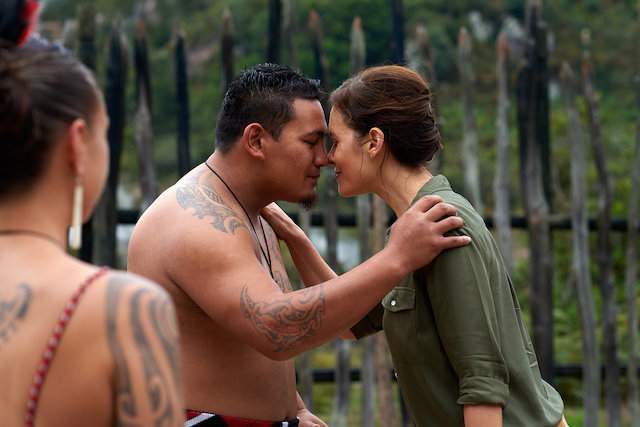 Our way of life, a capitalist economy and a consumer society, served us well until about the fourth quarter of the last century. Billions around the world were lifted out of poverty, were fed and educated by a system that rewarded hard work and ambition. Unfortunately, that is no longer the case. Removal of regulations, in order to stack the deck in favor of a ruling class, has led to income inequality, social injustice, a sixth extinction event, and a climate on the brink of catastrophe.

Indigenous values are rooted in a relationship to land and water radically different from capitalism. For indigenous people, land and water are regarded as sacred, living relatives to be revered and protected. Our Western culture separated humanity from other animals and anointed man with mastery over the natural world and all living things. That was wrong-headed and self-aggrandizing, and we are paying the price now.

Fifty years ago, R. Buckminster Fuller wrote a book called “Utopia or Oblivion”. Fuller suggested that in a few decades humanity would approach a fork in the road: utopia or oblivion. Would we be proactive and let go of our past ways of behavior and seek a higher level of living and consciousness? Or would we blindly travel down a destructive path? I think it’s plain to see that we passed the fork in the road and are barreling down the path to oblivion.

It’s ironic because the path that we are on embodied a utopian vision called the American Dream, wherein hard work, land and a home are a platform for boundless opportunity. Homeownership no longer provides the economic security it once did, and appears out of reach for younger generations. The richest 1% holds more wealth than the rest of the world combined. At the same time, environmental degradation and climate change proceed at a terrifying pace.

It is understandable that many people from everyday walks of life feel overwhelmed and seek solace in simplified narratives of a bygone “golden age” when they had a sense of being in control. What is profoundly irresponsible, however, is for politicians to deliberately stoke these illusions for their own aims of securing and sustaining power.

Indigenous people today stand on the front lines of global movements fighting for a more just relationship between humanity and the land. In the music video, the white band members are shown interacting with aborigines. Maybe it isn’t too late to join the indigenous and forge a new path. From Standing Rock to Queensland, indigenous people are demanding new relationships to water and land. This entails rethinking our connection to the environment by recognizing and protecting indigenous values and the rights of nature.

Between the productivity of our capitalist system (reinvented, remanaged and reregulated) and the recognition of indigenous rights and the rights of nature, maybe there’s a path that combines the two cultures… one that uses both to regenerate Nature for a more just future for the land, the water, the plants and animals, and our human family.