I’m not referring to technologies like solar and wind power and others most often associated with the challenge of climate change. The technologies I’m referring to are less visible, which is ironic because the value they bring is to make crucial information visible and actionable.

The Fourth Industrial Revolution is the term the World Economic Forum uses to describe the drastic changes that technology (AI, Big Data, Blockchain, IoT etc.) are having across the global economy. When we talk about The Fourth Wave of Environmentalism, we’re describing how those technologies are upending our assumptions about environmental progress. 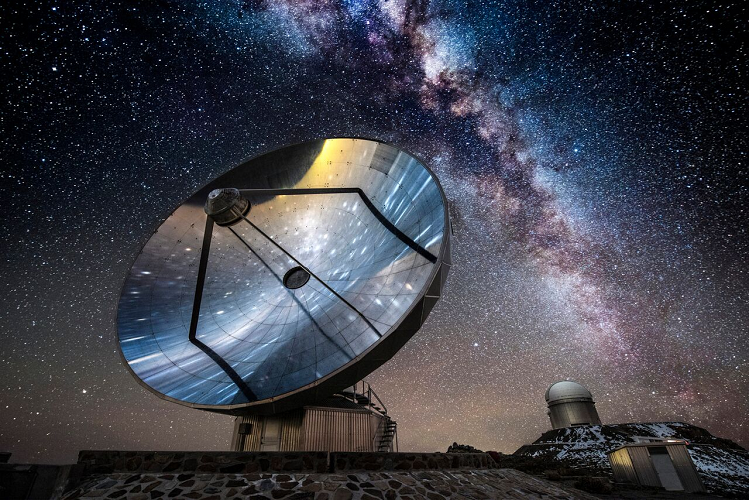 President Teddy Roosevelt launched the First Wave with his land conservation movement and National Park system. The Second Wave was the establishment of the EPA to develop and enforce legislation that reined in rampant industrial pollution. The Third Wave drove environmental progress through flexible and cost effective market-based solutions. And Fourth Wave technologies supercharge all of those approaches.

In any era, those doing the hard work of solving environmental problems take advantage of the best available tools, and in this era those tools include technologies that drive transparency, responsibility and low-cost solutions. Technology can be used for good or ill. But when sensors, machine learning and data analytics are used to shape smart policy, rein in offenders, and reward corporate responsibility, they enable changes that help people and nature prosper.

The cost of pollution sensors, data analytics, and IoT are all dropping fast, and that puts information in the hands of more people. It makes pollution not only visible but actionable. That action, however, depends on people. Technology won’t solve our problems by itself.

Emerging and powerful new technologies are rapidly being deployed around the world to better measure and understand what is happening now, and forecast what we can expect on the planet, in the oceans and in the atmosphere. These technologies will truly transform business and society as they enable much better analysis of how Earth is responding to the way humanity lives on it.

These technologies will reframe climate conversations as we bring real time global data into daily evaluations, and analyze these truly massive amounts of data to make sense of them, run simulations against them and make informed decisions concerning the ultra-complex, hyper-connected system that is our climate.

If it can be measured, it can be monitored and analyzed. Just as we have been able to reduce crime in major cities through the use of vast networks of closed circuit TV (CCT) cameras, satellites are beginning to watch Earth from above to monitor GHG emissions by country, and even with more pinpoint accuracy. Recent increases in CFC-11 emissions have successfully been traced to foam manufacturing plants in the Chinese provinces of Shandong and  Hebei. Those factories have been shut down and CFC-11 levels in the atmosphere are dropping. New satellites are creating a global CCTV network that will act as a watchdog on all governments and corporations. Those countries and businesses will know their emissions are being tracked daily.

“The World Resources Institute is using satellites to track deforestation in the Amazon, and uploading the data to a website that alerts local authorities and the public to fires. Retailers are using blockchain to improve traceability and accountability across supply chains, from verifying the sustainability claims of the Indonesian tuna industry to managing energy trading across a solar microgrid in Brooklyn. Sensors on Google Street View cars measure and map methane leaks in Boston, Chicago, Dallas and other cities. Methane-detection units are being deployed in oil and gas facilities owned by Statoil, Shell and Pacific Gas & Electric.” – Wall Street Journal

Many of our environmental challenges — especially climate change — are linked to the workings of our global economy. Businesses must therefore play an integral role in solving them.

It is a time of deep mistrust in America. Technologies that deliver transparency give people the trust they need to take action. While the Trump administration does everything it can to obfuscate the scientific facts and roll back regulations, Fourth Wave tools level the playing field so different players (businesses, cities, consumers, NGOs, universities) can drive solutions when Washington doesn’t. As we are fighting against strong federal actions (and hoping for leadership), we need our other institutions to keep the momentum going.

In “Moving to a Finite Earth Economy”, we put the reduction of GHG emissions at the center of the economic system. Accurate and timely measurements of these emissions, from all sources, is essential to enforce regulations, taxes and fines. The technologies underpinning the Fourth Wave of Environmentalism enable the monitoring necessary for the transition to an economy we can live with.