Our society lives in an Extract/Make/Sell… Buy/Use/Discard paradigm. 70% of U.S GDP is consumer-driven. This results in a dreadful amount of waste, and we are using up the planet’s resources faster than it can regenerate them. 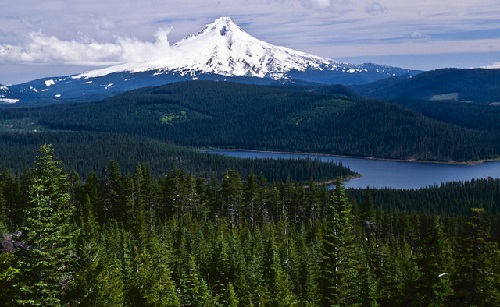 Unsurprisingly, we are drowning in stuff. Despite the average home doubling in size over the past generation (while family size shrank), the self-storage industry is booming, with nearly 50,000 jam-packed facilities nationwide. And that’s just the stuff we keep: China has stopped accepting our recycling. Landfills are overflowing. And the Great Pacific Garbage Patch is twice the size of Texas. And, we are spending money we don’t have: The average American has about $25,000 of non-mortgage debt.

Our bloated culture of consumption results in an annual per capita expenditure of about $9,000… just on consumer packaged goods! We replace our smartphones every 25 months. We swap out TVs like toothbrushes. Shopping isn’t just convenient; it’s ubiquitous. The shiny and new is seldom more than a click and a day away.

For me, sufficiency is an aspiration; I often fall short. I succeeded, however, with my lifestyle in general, and I’ve found it freeing. I recently moved from Sarasota, FL to Portland, OR with only what I could fit in my small SUV. They say that moving is one of the most stressful experiences. Not for me… not this time. I sold what I could, gave away what I couldn’t sell, and threw away what I couldn’t give away. Electronics were dropped at a recycling center… I have to admit the rest is likely sitting in a landfill now. I am happy to be free of all that stuff. My life is simpler. My mind is quieter, and I don’t miss any thing.

Before I made that major change in my life, I had to let go of my scarcity mindset… my fear that I might not have enough. Once I released scarcity, I discovered the amazing truth of sufficiency. Sufficiency isn’t a step down from abundance, or two steps up from poverty. Sufficiency is enough.

Sufficiency is an intentional choosing of how to think about our circumstances.

Nature’s laws govern us all. Nature provides abundance without any requirement to win a competitive economic game. Indigenous peoples around the world have lived in community with Nature, and they have enjoyed lives without lack, and without fear of there not being enough. No need to chase a buck (unless they were going to eat it). No keeping up with the Joneses. They owned no land… that belonged to all.

Sufficiency is a deeply pragmatic philosophy. Sufficiency is about taming the reflex to replace or upgrade; it’s about using things well, and using them until they are used up.

Sufficiency is a knowing that there is enough for all and there’s no need to scramble and fight. It’s the difference between collaborating on how to allocate resources so that all are served, and acquiring as much as possible by any means possible.

“There is a sufficiency in the world for man’s need, but not for man’s greed.” – Mahatma Gandhi

The remedy to endless, thoughtless consumption is redefining our relationship with stuff. Our beliefs about what to do to be happy are wrong. Our things will never make us happy. Our things are just things. By asking of them only what they can give us – not love, or joy, or status – we are far more likely to look for those qualities elsewhere. Inevitably, that’s in community with other people.

It is clear that our current economic system is making our only home uninhabitable. In Moving to a Finite Earth Economy we discuss sufficiency as a way of life in a post-consumer society. Post-consumer does not mean we no longer consume, but that we consume mindfully, taking only enough.