The one factor most likely to affect how well we endure a global crisis is the quality of our cooperation and collaboration. A great deal depends on whether we exhibit pro-social attitudes and responses, or we panic and blame. We must recognize that we’re all in this together. By cooperating and collaborating, we can salvage and protect what is most intrinsically valuable about our planet and its inhabitants… and, over the long term, even improve our ecosystem and society.

Can we pull it off?

The last post I wrote was about climate resilience in general. And I promised to follow that up with what can be done at all levels of society. This post focuses on nation states. While countries (at least the wealthy ones) have the wherewithal to accomplish what needs to be done, they seem to be moving in the wrong direction.

Even with strong climate action to reduce and draw down greenhouse gas emissions, we can’t avoid all of the consequences of our climate crisis. So we also need to adapt to rapidly changing climatic conditions, building the resilience of society to prepare for whatever might happen next. Climate resilience means absorbing and quickly bouncing back from shocks, such as mega-storms and prolonged droughts. 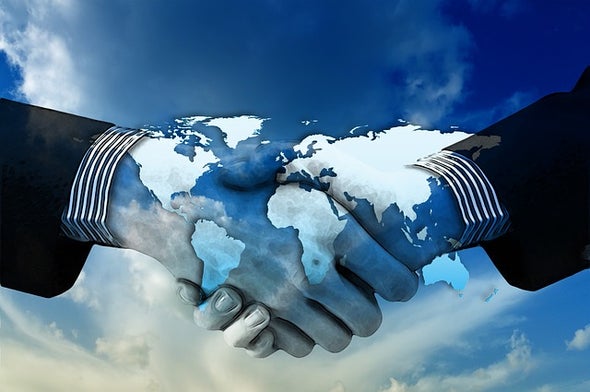 Our climate crisis is an overarching global security concern that should lead to cooperation and collaboration rather than Cold War antagonism. Brutal climate events are not just causing extensive physical damage and loss of livelihood – they are creating insecurities that will grow each year and subsume all other existing security fears.

As we urgently address our climate and biodiversity risks, we must simultaneously build new economic, social and financial systems which foster well-being and regeneration rather than unbridled economic growth and consumption at all costs.

But current responses to climate insecurity are minimal, particularly in the U.S. under the current administration. Instead, the U.S. is building walls to keep immigrants and climate refugees out, while heavily promoting fossil fuel development, and undermining rather than encouraging decarbonization initiatives. Surging populism in the West, and growing authoritarianism in China and Russia, and outright climate denial by the Australian and US governments, are all major impediments to global cooperation and collaboration.

Let’s imagine that the world’s major governments decide it is in their best interests to cooperate and collaborate on addressing our climate crisis. What might they do?

They could work together to establish international policies concerning the inevitable millions of climate refugees. First world countries (the ones most responsible for over-consumption and greenhouse gas emissions that caused the crisis) could agree to welcome their fair share of refugees. They could commit to providing food, shelter and education to help the refugees acclimate and become productive citizens.

They could set up international carbon pricing policies that would hasten the transition to clean energy. They could invest in clean energy technologies giving subsidies to promote their adoption, and providing R&D funds for new, as yet undeveloped technologies.

They could invest in infrastructure designed to adapt to sea level rise, and underwrite strategic retreat from coastal areas where adaptation is too expensive or unworkable. They could share best practices in the redesign of cities to a low carbon model.

They could launch programs to reeducate their citizens concerning our climate situation, including vocational training to ready workers for the new industries that will arise. And to reorient them from the existing Us vs. Them paradigm to one that extols empathy, cooperation and collaboration.

They could establish mandatory national Climate Resilience Services. Young people around the world understand that their futures are at stake, so they are protesting the failure of the world’s governments to effectively address our climate crisis. Without a way to mobilize their passion in the long-term, the momentum they’ve generated for climate action could be lost. Exchange programs could be established, so these young people live and work in foreign countries, to revitalize ecosystems. There’s no better way to teach them not to fear people who are different from themselves.

The result would not only address our climate crisis, but it would make the world a more secure, less uncertain place.

Improbable? Yes. Impossible? I refuse to believe so.

History has shown humanity to be remarkably resilient. We are well adapted to respond to impending risks through cooperation and innovation. The opportunities to not only mitigate risks and avert disaster, but also to rebuild, improve and regenerate are readily available. This is the moment when the world can avert the impending disaster and opt instead to embark on the most exciting social and economic transformation in human history.