Beyond Discouragement: Repair One Dishwasher, Repair the World

The repairman said the dishwasher’s diverter valve had failed. “That decides whether to shoot jets of water through the lower or upper spray arms.” Our automatic dishwasher typically requires less water, energy, soap and time than hand washing. “However,” the man said, “ASKO no longer makes parts for its out-of-warrantee appliances.” Not a promising prognosis for saving our friend from the landfill. 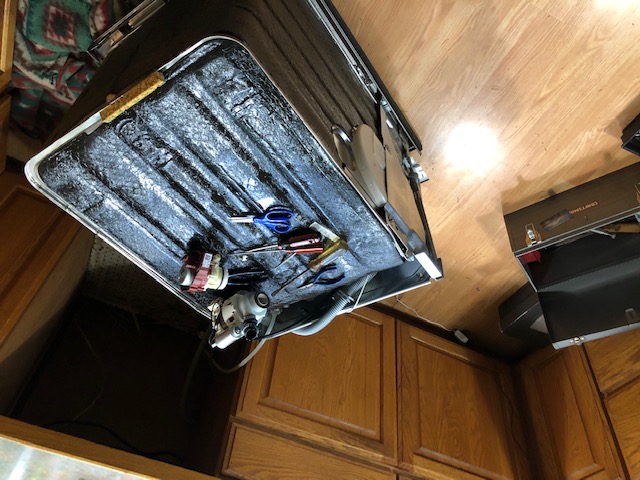 Can we get beyond discouragement? How about with game-changing environmental works in progress such as removing dams from the Snake River, enacting a carbon tax, and abolishing corporate personhood? How about creating a NetPositive Handprinting lifestyle?

Two years of hand-washing passed before I called ASKO Customer care the first of six times – and then West Coast Parts Distributers. I watched a YouTube video on replacing the diverter valve – and two other do-it-yourself videos. I visited ACE hardware three times, removed the pump a dozen times to replace the diverter valve, endured the frustration of fitting hands and tools into tight spaces, and wondered for weeks if I had what it takes.

Howard Zahniser wrote sixty-six drafts of the Wilderness Act before it was enacted into law. It took thirteen years to finally nix the Keystone XL Pipeline. It has taken thirty years and 50,000 volunteers to revive the Los Angeles River. We have allies and heroes on our eco-quests.

Discouragement #2. It has to be perfect.

Replacing the diverter valve did not solve my problem. I eventually deduced that a warped float was tripping a float switch which was supposed to sense puddled water in the bottom pan. Thus the dishwasher was disabled. Unfortunately, our particular model is two inches shorter than normal to accommodate a low counter. Replacing float components would require removing the entire drain assembly in tight quarters. Eek!

After three days of contemplating the tradeoffs, I bent a large paper clip just so – to hold the float down. I inserted it with the deliberateness of a surgeon. From here on I’ll learn about water leaks the old-fashioned way.

We do what we can. Columnar towers mitigate, but do not eliminate, bird kill. So far, it is most economical and effective to remove plastic from rivers before it enters the ocean – and from beaches after it leaves. Now we are learning how to obtain lithium from California’s Salton Sea.

I had never seen the underside of a dishwasher before this project. Nor had I heard of a Torx screw. And I had never tried removing a hose clamp with a rotary tool.

Like the hopeless repairman, those who are certified get stuck. That leaves it up to the rest of us. Lois Gibbs, the mother of a five-year old, became an activist when she discovered that his school sat upon the Love Canal toxic waste dump. Her relentless public speaking, while aligning with others, led to the passage of the Superfund Act and cleaning up toxic messes across the country.

My accomplishment is more modest. By not buying a new dishwasher I avoided one-third ton of earth removal and three-quarters ton of carbon dioxide emissions (so I calculated).  I saved around $700. And I’ve got a tale to tell!

I love my dishwasher not quite as much as the planet. Graffiti on a bridge near my home: “Unless someone like you cares a whole awful lot, nothing’s going to get better, it’s not.”