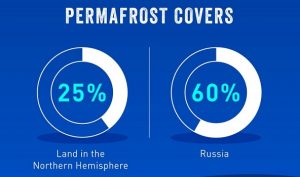 Read the entire article at Futurism.   A new study indicates that warming temperatures caused by climate change may be releasing heat-trapping methane from layers of gas and oil that’s been lurking beneath the Arctic permafrost for thousands of years. Until now, anyway. As the permafrost melts, millions of tiny openings are created, and some of […]