Conservatives aren’t exactly known for demanding action on climate change. But in one corner of the internet, there’s a seemingly alternate universe where they express their concern for the planet in stirring, freedom-loving terms.

“Climate change threatens our freedom,” the New Climate Voices site states right off the bat. In one video, a former Republican representative from South Carolina, Bob Inglis, argues that taking action doesn’t necessarily mean bigger government, it’s about creating a future “with lots of jobs and lots of wealth creation.” In another, an evangelical climate scientist, Katharine Hayhoe, says that switching to clean energy is about “protecting our way of life.” 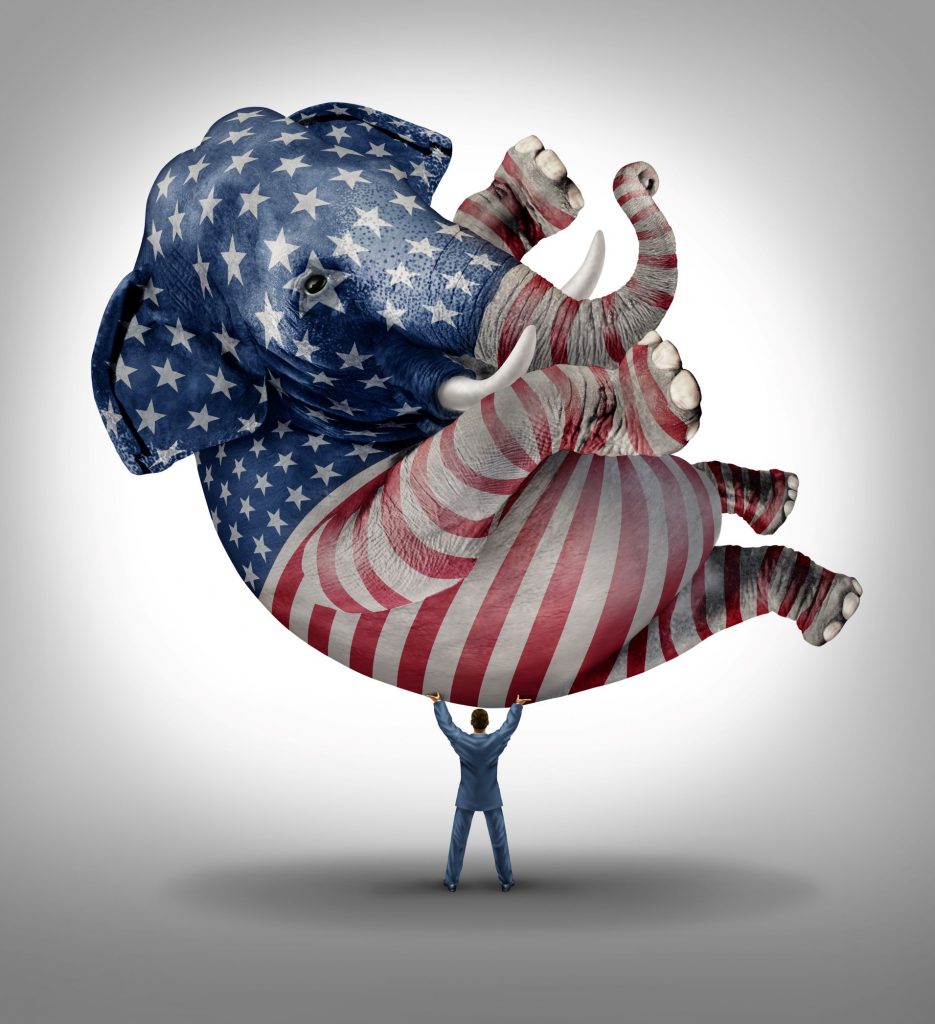 Previous research has suggested that messages like these can heighten Republicans’ level of concern about climate change, especially if they’re delivered by conservative messengers. But most of these studies have taken place in a controlled lab setting, where the people being surveyed are paying close attention. It was an open question whether such messages would work in the real world.

A new study, one of the first to test this out, targeted moderate Republicans in two “purple” congressional districts in Georgia and Missouri, where there’s a solid mix of people from both major political parties. Researchers from the Yale Program on Climate Change Communication and the University of Cincinnati blasted ads from the New Climate Voices campaign on Facebook, YouTube, and across the web over the course of a month in the summer of 2019. The results suggest that some Republicans can be persuaded to care about global warming, and that microtargeting — a marketing strategy of tailoring ads to niche audiences based on a wealth of personal data — might be an effective way to reach them.

In recent years, the American public has increasingly grasped that climate change is here, with serious consequences, from wildfire-induced smokestorms to ferocious floods. And there are signs that the Republican Party is facing a reckoning over its decades-long resistance to taking action. Strategists have reportedly started warning GOP leaders that ignoring the problem is leaving the party out of touch with Americans (especially younger people), and have encouraged them to start framing the issue on their own terms.

For the new experiment, an advertising software provider used models to target conservatives who were “in the middle of the spectrum on climate change beliefs,” showing the ads as frequently as possible in ZIP code test zones in the two congressional districts. Persuasion is more effective on people in the political middle, said Matthew Goldberg, an associate research scientist at the Yale program and a co-author of the study, because trying to sway people solidly on the right or left is “either not of good use or too difficult to do.” Likewise, the researchers chose purple districts because people living near those with different political ideas are generally more open to changing their minds.

Before and after the advertising blitz, researchers quizzed people in these districts about climate change. Republicans who’d been exposed to the videos were 13 percentage points more worried about global warming than they had been before, which is considered one of the strongest signals that people will support policies to address the problem. They were also much more likely to say that climate change was happening, that it was caused by humans, and that it was coming for them personally.

Goldberg acknowledged that microtargeting could be an ethical quagmire, as it has been associated with attempts to dissuade Black people from voting or otherwise sway elections. “But in our view, we need to use whatever tools we have at our disposal,” he said. “If we use them ethically and appropriately, we could see results like these and see some really positive results in moving people on this really important issue.”

The study has a few limitations. The researchers say that the persuasion effect may not work as well in other places outside the two congressional districts they studied, like in deep-red territory. And it’s worth noting that just because people say they care more about climate change doesn’t mean that they’ll act differently or vote differently — it’s just a first step.

But Goldberg says the study’s results are “very encouraging,” and that future research can dive into the details of what’s working and what isn’t now that there’s proof of concept. “It tells us it’s at least possible to design messaging interventions that are both persuasive and scalable,” he said.