Is your city prepared for climate change?

The latest National Climate Assessment paints a grim future if U.S. cities and states don’t take serious action to reduce greenhouse gas emissions. For example, the report notes that coastal zone counties account for nearly half of the nation’s population and economic activity, and that cumulative damage to property in those areas could reach $3.5 trillion by 2060.

Read the entire article at MarketWatch.

The good news is that investing in adaptation can be highly cost effective. The National Climate Assessment estimates that such measures could significantly reduce the cumulative damage to coastal property to about $800 billion instead of $3.5 trillion. 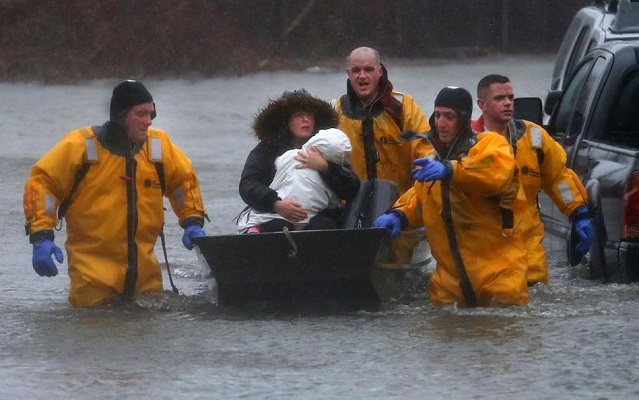 The bottom line is that the costs of climate change could reach 10% of the entire U.S. economy by the end of the century — or more than $2 trillion a year — much of it in damage to infrastructure and private property from more intense storms and flooding.

Cities can greatly reduce the damage and costs through adaptation measures such as building seawalls and reinforcing infrastructure. The problem is such projects are expensive, and finding ways to fund the cost of protecting cities against future and uncertain threats is a major financial and political challenge — especially in places where taxpayers have not yet experienced a disaster.

One key problem is that while public authorities (and taxpayers) will ultimately bear the cost burden of coastal protection, the benefits mostly accrue to private property owners. Higher property taxes or new “resilience fees” will be on the table — and unlikely to be politically popular.

Another problem is that resilience investments primarily prevent or reduce future damages and costs, but don’t create much new value, unlike other public investments such as toll roads and bridges. For example, an investment in a sea wall might prevent property prices for coastal homes from falling or insurance premiums from rising, but it won’t generate any new cash flows to defray the costs for the city or homeowner.

We examined the feasibility of building a four-mile barrier across Boston Harbor with massive gates that would close if major storms threatened to flood the city. The estimated cost was at least $12 billion and could take 30 years to plan, design, finance and build. Ultimately we concluded it was unlikely to be cost effective and urged city officials to abandon the idea.

As sea levels rise, the gates, which would be the largest of their kind in the world and take many hours to open or close, would need to be activated more frequently and could potentially fail. In addition, the cost of such a barrier would be difficult to finance in an era of growing federal deficits and would choke off capital required for other more urgent adaptation projects.

In other words, it’s risky to put all our adaptation eggs in one very expensive basket.

Instead, Boston and other cities should pursue more incremental shoreline protection projects focused on the most vulnerable areas. Examples include constructing seawalls and berms, elevating some roads and parks, and creating incentives for property owners to protect their buildings. The key attraction of such an approach is that capital can be targeted in highly cost-effective ways to the most vulnerable areas that need protection in the short term. It also allows for more flexible planning as the science improves and climate impacts come into sharper focus.

Boston is already considering some projects like this that would cost around $2 billion to $2.5 billion over a decade or two. Coming up with that much money is still a big challenge, but it’s far more cost effective than the harbor barrier.

Another benefit is that this neighborhood-level approach would facilitate more local economic development and community participation. While making these areas more resilient, such investments would also involve upgrades in housing, transportation and other infrastructure.

Adapting to climate change will be a mammoth challenge for cities and citizens across the country — and world. Finding ways to finance adaptation in a fair and equitable way will be paramount to success. The hope is that voters and cities will approve such projects before disaster strikes — not after.