The team, called CO2 extrACTION, is working to combat climate change through a device that extracts carbon dioxide from the air. Since Winter 2017, they have been working to create a carbon dioxide extraction panel to reduce greenhouse gases and mitigate climate change. The product is now in the prototyping phase, with the goal of an official launch in October 2019.

The device contains a resin and is designed to be added to existing buildings to reduce their carbon footprint. Once added to buildings, the resin in the panel absorbs surrounding carbon dioxide, thus reducing greenhouse gases. Lead scientist and chemistry senior Christian Vian likens the device to a carbon dioxide sponge. 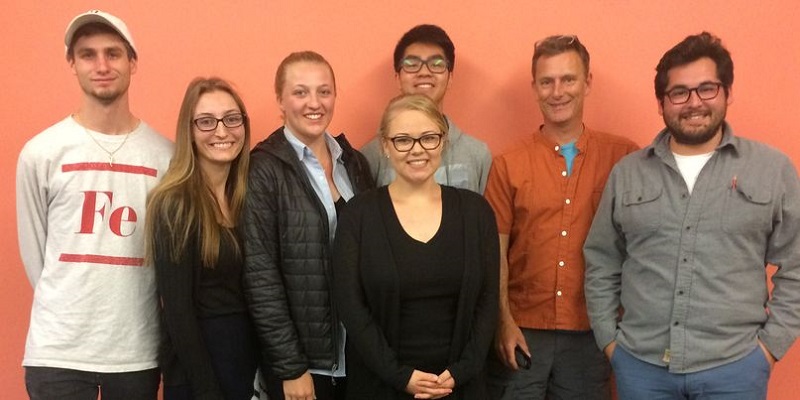 “Imagine you have a tank of water. You put the sponge in it and it soaks up a bunch of water,” Vian said. “Similarly, we have a closed system with a certain amount of [carbon dioxide] in it. We put the resin in, and when we take the resin out, we measure the [carbon dioxide] in that atmosphere. Whatever the difference is is now caught in the resin.”

The process of capturing carbon dioxide is called carbon dioxide removal (CDR). The panel performs CDR in a “passive, carbon negative and economically sustainable fashion” as explained on the CO2 extrACTION site.

Along with the guidance of professors, investments from team individuals and money gathered from competitions, the group continues to press forward on their mission to counteract climate change.

The next phase for the team, according to Vian, is to gather funds to perfect the product. Most important, he said, is that the team counteract climate change with their carbon dioxide extraction panel, and that other businesses follow suit.

“The motivation here is that there’s too much carbon in the atmosphere and someone needs to do something to bring it down, like now,” Vian said. “It’s not about what can be done in the future, it’s about what you can do to help this problem now.”