Swiss company Climeworks has announced the opening of a new plant in Italy that will collect carbon dioxide (CO2) from ambient air and pair it with renewably made hydrogen (H2) to make methane fuel that would add little or no CO2 to the atmosphere.

Read the entire article at ArsTechnica.

This will be Climeworks’ third carbon-capture plant. The first captured carbon out of ambient air using a filter of base amines that would bind with more acidic CO2. The captured carbon was sent to a greenhouse to speed plant growth. The second was based in Iceland at a geothermal plant that released some volcanic CO2. Climeworks’ small plant captures that carbon and injects it back into the ground, where mineral reactions help the CO2 bind with basalt, essentially storing the gas as a rock. 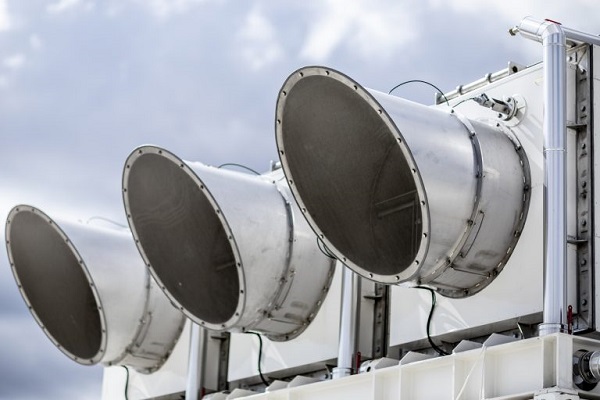 The new Italian plant will be run for more than 4,000 hours over the next 17 months (that’s just under eight hours a day) in order to demonstrate the viability of fuel production as a potential revenue source for carbon capture. Gebald said that pure captured CO2 could even be processed into jet fuel. When that fuel is burned, he said, it would again create CO2 that could be captured at an arbitrary Direct Air Capture plant and turned back into jet fuel.

The plant consists of three air collectors that are more energy-efficient than Climeworks’ first ambient air collector. “The plant will filter up to 150 tons of CO2 from ambient air per year,” Climeworks said in a press statement. “Simultaneously, an alkaline electrolyser (1.2 MW) locally generates 240 cubic meters of renewable hydrogen per hour by making use of excess on-site photovoltaic energy.” A catalyst then combines the CO2 and the hydrogen into methane gas in a reactor built by a French company called Atmostat. The methane “is then liquified and used to fuel natural gas lorries,” Climeworks says.