He’s teaching others how to fix hybrid and electric cars. He bought his first hybrid car in 1999 – and never looked back – as a consumer or as a mechanic.

For 40 years, Craig Van Batenburg has owned an auto repair shop in Worcester, Massachusetts. Van Batenburg: “I’m a motorhead. I love fast cars.” But he’s worried about global warming, so he no longer loves gas-powered engines. He bought his first hybrid car in 1999 and never looked back – as a consumer or as a mechanic. 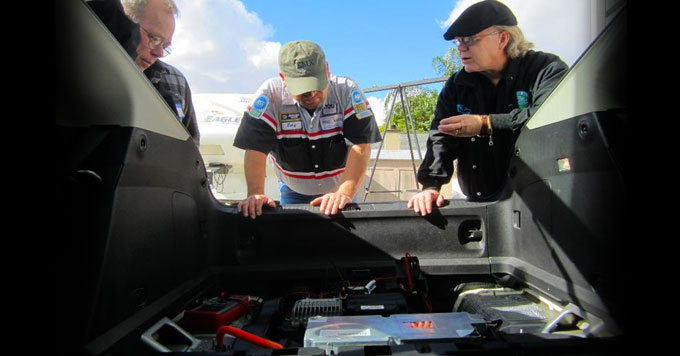 Van Batenburg: “The cars are simple and easier to work on, but most technicians don’t know that.” He says most independent mechanics are unfamiliar with the specialized batteries and electric motors. And, he says, they’re often a bit nervous about tinkering with something labeled “high voltage.”

To help technicians get up to speed, Van Batenburg started a training company that specializes in hybrid and electric cars. Van Batenburg: “We do a lot of classes for technicians on how it all actually works, and if you know how it works you know how to stay safe, so the fear is gone, and then we move into how do you fix it when it breaks.”

More than four million hybrid cars have been sold in the U.S., and electric vehicles sales are growing. So he says technicians need to learn these skills to stay current. And he believes when they do, they’ll be converts, too.