Read the full article at Future of Sharing.

Millennials, worried about climate change, are looking to new ideas and companies for solutions. They’re rejecting the resource-trampling, gas-guzzling ways of the 20th century and seeking cleaner ways to live. 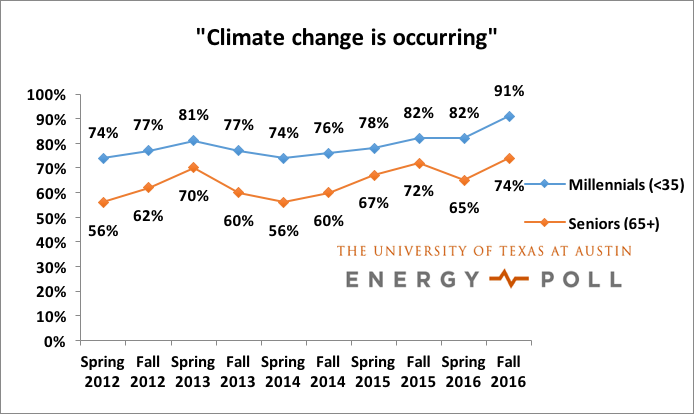 There’s plenty of research to indicate that millennials prefer access over ownership – three out of four would prefer to spend money on an experience or event rather than buying something. But they’re also thinking about bigger picture issues, as well. Millennials (generally those born between the early 1980s and mid-1990s) are more likely than older generations to see climate change as a serious problem, and support actions like limiting emissions and levying a carbon tax in order to slow it. In the United States, the gap between support for limiting emissions among the youngest age demographic polled (ages 18 – 29) and the oldest (50+) is a whopping 25 percent, according to Pew Research’s 2015 Global Attitudes report.

That’s where the sharing economy comes in. Sharing resources, rides and experiences can help counter our build-and-buy habits — strategies that can play a role in lightening our collective environmental footprint.

John Della Volpe, Director of Polling at Harvard’s Institute of Politics and Founder and CEO of SocialSphere, says that the millennials generation places less importance on money and more on flexibility, and value a relationship with the rest of the world that’s based on a collaborative approach to solving problems.

Progressive thinking about climate change also has other benefits. In addition, countries that are most serious about environmental protection are also more advanced in matters of social justice, says Julian Agyeman, a professor of Urban and Environmental Policy and Planning at Tufts University. “Maybe the way we treat each other can be indicative of the way we treat the environment,” Agyeman said in an interview with Reinvent.

The research he cited also demonstrates a correlation between the size of the advertising industry within a nation, and income inequality. Advertisers thrive on income inequality, said Agyeman, because consumers at lower income levels are constantly striving to keep up with other social classes. These higher levels of income inequality were also linked to a greater carbon footprint.