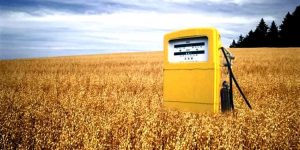 “A new study released by the University of Michigan in the Aug. 25 journal of Climate Change is causing a ripple through the fuel industry, as it contends that more carbon dioxide is actually released through biofuels than gasoline. Biofuels were always pegged as being more environmentally friendly because it was assumed they emitted little to no carbon when being grown. The study challenges this assumption. “To verify the extent to which that assumption is true, you really need to analyze what’s going on on the farmland, where the biofuels are being grown,” University of Michigan Energy Institute research professor and study author John DeCicco told The Detroit Free Press. “People haven’t done that in the past—they felt like they didn’t need to.”

The study incorporates tailpipe emissions and crop growth—which are instrumental in the growing of crops used for biofuels—and found that carbon emissions during that period actually only absorbed 37 percent of biofuel production from 2005 to 2013, directly contradicting previous studies that claimed that using biofuels emitted less carbon than using gasoline. Promotion of biofuel use is based on what’s known as the lifecycle analysis, which contends that CO2 released when the fuel is burned originates from carbon dioxide that biofuels removed from the atmosphere during the photosynthetic process. “When you look at what’s actually happening on the land, you find that not enough carbon is being removed from the atmosphere to balance what’s coming out of the tailpipe,” DeCicco said. “[Biofuels] is unambiguously worse than petroleum gasoline,” he added. To calculate carbon emissions, DeCicco employed his Annual Basis Carbon method, which counts carbon emissions using chemistry of the location where it is generated. It differs from the lifecycle analysis in that it incorporates the stock-and-flow nature of the carbon cycle.”