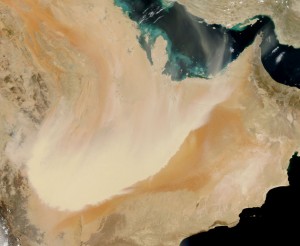 “Scorching temperatures brought on by climate change could leave large swaths of the Middle East and North Africa uninhabitable by the middle of this century, a new study predicts.