Scientists create a MATERIAL THAT HARVESTS AND STORES SOLAR HEAT

Read the full article on http://www.fastcompany.com/ 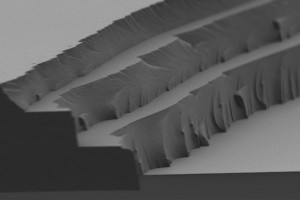 “Imagine a sweater that could automatically increase its temperature on command. You’d no longer have to worry about grabbing an extra jacket when you go out at night in case it gets chillier. Or what about a windshield that can warm up on its own to automatically clear ice away? Both sound like things you might have glimpsed in Back to the Future 2, but each could soon be a reality thanks to a new material.

Researchers at MIT have invented a new transparent polymer film that allows heat to be harvested from the sun and saved for later use. Unlike traditional methods of storing solar energy, which takes heat from the sun and stores it as electricity, the new solar heat-storing transparent polymer film takes the sun’s energy and saves it in a chemical state. Once saved, the stored solar heat can be unleashed via a simple chemical reaction.”

Read the full article on http://www.fastcompany.com/

A Superhighway for Bikes